Increase in Emergency Room Visits: Are Hospitalizations Due to Medicaid Expansion? 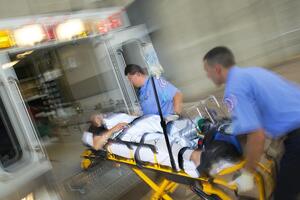 Since the expansion of Medicaid programs throughout the nation, which covers adults under the age of 65 with income up to 133 percent of the federal poverty level, there has been an increase in emergency room (ER) use and hospitalizations for those who were previously uninsured.

The care provided in the ER to Medicaid recipients will treat medical problems that have previously experienced delayed diagnosis and treatment. Much of these visits by Medicaid patients are for urgent or serious symptoms. A recent report from the Medicaid and CHIP Payment and Access Commission (MACPAC) found Medicaid enrollees generally have more complex health needs than their privately insured counterparts, and those needs can only be addressed in the ER since they have remained untreated for such a long time.

Although nearly all Medicaid enrollees reported having a regular care center other than the ER, many encounter issues such as delays in getting a doctor’s appointment or even locating a physician to make an appointment. One-third of adults and 13 percent of child enrollees have experienced these barriers, which has contributed to the surge in newly insured patients seeking care in the ER. These barriers are said to be caused by both the capacity issues of primary care physicians and the refusal of primary care physicians to accept Medicaid insured patients due to poor reimbursement. Moreover, the treatment for many of these patients call for more technology and services than the physicians can provide or do so timely.

Bottom line is Medicaid patients visit their nearest ER when they are unable to go to a regular care center. Most providers agree the ER is not ideal to provide ongoing management of chronic conditions. Yet, Medicaid recipients are more likely to seek care in the ER since they find themselves with little or no other options for care.

MACPAC also found that non-urgent visits accounted for just 10 percent of Medicaid visits to the ER, which is close to the general population’s 8 percent.

Originally posted on the Intermedix Blog by Keith Tucker.